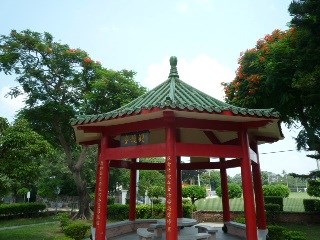 The construction for the Tainan Detention House was held on July 1972 where we now located. The project took one year to complete and was officially operated on August 4, 1973. In September 12, all juveniles who were detained in Tainan Detention Center were moved over to this new facility. Since we are a independent agency.

On July 1980, in accordance with jurisdictional measure both the district court and the prosecution department, The Tainan Detention Center was renamed as〝Taiwan Tainan Juvenile Detention House〞in an area of 1.76 hectares where situated with a phenomenal opening view of both Tainan City Sport Park and Zhuxi Zen Temple； with breath of fresh air every nook and cranny momentarily.

May 20, 1998, The〝Drug Prevention and Control Act〞was enforced by the law, which was promulgated by the president. Under the Statutes for Narcotics Hazard Control’s Article 20, item 1 and the Article 27, item 2 of the law, we had established a subsidiary drug rehab center in May 22.1998.